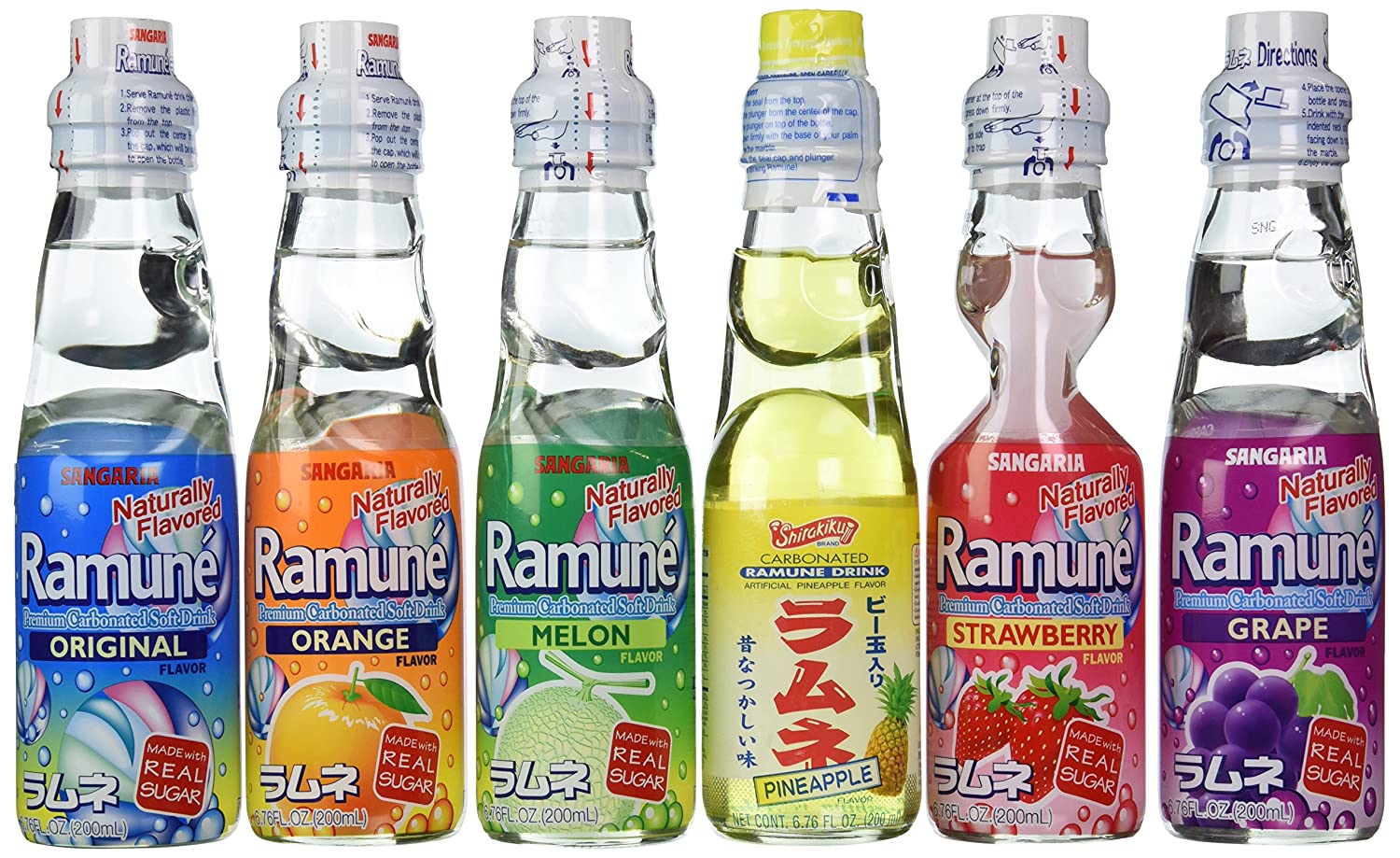 Japanese cuisine is one of the World’s most expensive and extensive cuisine. The snacks and staples are all as unique as Japan itself.

One such refreshing beverages are the World famous flavored japanese sodas which are variations of the original Ramune soda.

This article will refresh you more like the Japanese soda, so stay tuned!

Commonly called Japanese soda, ramune soda is a clear, non-alcoholic beverage native to Japan. This carbonated drink is a summer staple in Japan and watching people grab it is a common sight.

Made of lime, lemon, and sugar, Japanese soda is the euphoric version of lemonade.

Originally clear, this glittery drink is deep-rooted in japan. Its history dates back to 1884 when the city of Kobe got the privilege to introduce it. A Scottish pharmacist named it Ramune soda after the Japanese word for lemon.

Apart from the authentic, refreshing taste, Japanese soda gained popularity for its unique packaging. It is inserted under pressure into a pale blue, narrow-necked bottle. This bottle is known as the codd-necked bottle. The most startling feature of the packaging is a marble that stays in the neck of the bottle and rattles every time you take the bottle to your mouth.

Japanese soda tops the list of refreshing drinks. The carbonated sweet and sour drink instantly revitalizes you on an exhausting summer afternoon. For many, ramune soda is the taste of summer in Japan. Many manufacturers use the popularity of the drink as a marketing tactic and put their own spin on the drink to introduce something more appealing. The extensive choices available in the market justify the statement.

From fun fruity flavors such as watermelon, strawberry, blueberry, and others to bizarre options like curry flavor, every other option will take you on an unexpected, thrilling ride.

This shot of refreshment is adorned by almost everyone in Japan. For many, their childhood stories and adventures are incomplete without the discourse of this miracle drink.

The Japanese family time, get-togethers, childhood plays, fireworks, hence any quality time and activity holds a special place for this drink. Listening to the rattling marble sound all summer long is a casual practice.

People mostly connect to the good old times through ramune soda. The pale blue bottle is believed to be nostalgic to remind you of some valuable moments back then.

Something belonging to the land of a rich culture must be extraordinary. Japanese soda is one sensational drink having a larger-than-life impact. The summertime staple in Japan, this drink has gained worldwide popularity. Available in a variety of flavors, ramune soda is the trademark of Japanese culture. The clear, non-alcoholic beverage has been winning over the years and still not coming slow.

The Finest Places To Shop Online for Old School T-Shirts